According to the India Economists at Bank of America Merrill Lynch (BAML), the Reserve Bank of India (RBI) is seen cutting the benchmark policy rates by 25 basis points in February, despite inflation seen at 6.70% in December.

“After all, the ‘busy’ industrial season will end by March. The MoF should also try to support demand in the February 1 Budget by running a higher fiscal deficit of 3.8%. 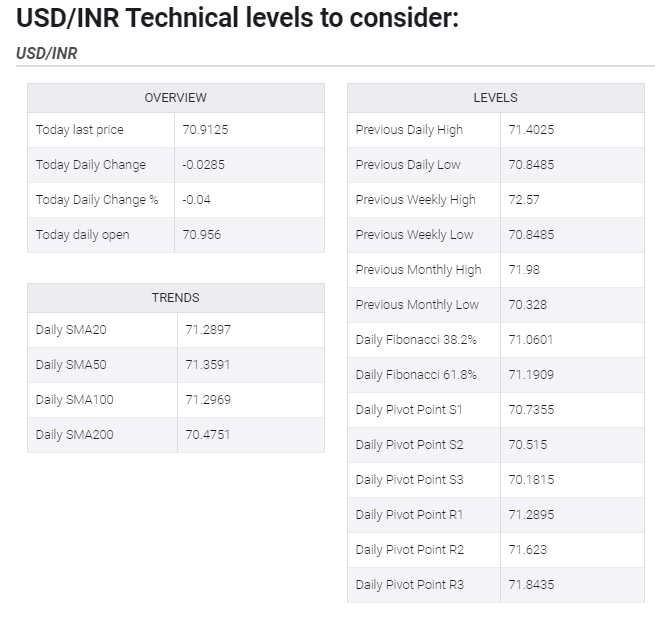 The USD/INR cross extended its sharp retracement slide from four-month tops, levels just above mid-72.00s, and remained under some selling pressure for the fourth straight session on Monday.

The downward momentum dragged the cross farther below the 71.00 handle to its lowest level since December 16, albeit the bearish pressure eased ahead of the 70.50-45 strong horizontal support.

The mentioned region coincides with the very important 200-day SMA and should now act as a key pivotal point for short-term and help determine the pair’s next leg of a directional move.

Given the pair’s recent rejection from the 72.50-60 supply zone, the said support would further mark the neckline support of a bearish double-top chart pattern formation on the daily chart. Read more…

Gender Lens Investing: Where to from Here?

ESG at a Tipping Point

Option-Implied Skewness and the Momentum Anomaly

Return on Inertia (ROI): The Price of Standing Still

Called Fed’s Powell on Monday, told him he did a good...